【Web限定記事】Ｗｅｂ限定で一部記事を英語版で配信します。 Batman appear in Japanese stage for the first time 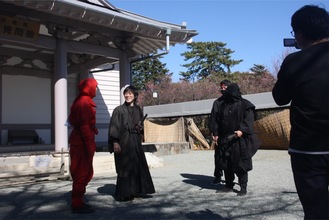 The world's popular Batman series is going to be adapted for the stage in Japan for the first time. From October 1st until December 5th, "NINJA BATMAN THE SHOW " will be on stage at Theater Mixa in Higashi-ikebukuro, Tokyo.

This show is based on an animation film, "NINJA BATMAN", that was shown in 2018. The film is about battles between Batman who went back in time to theWarring States period in Japan and his enemies including Joker. In this show, ninjas are supporting Batman for fighting.

For the announcement of the show, a program for YouTube was shot in a museum of history of Ninja,OdawarajouNinja kan, in Odawara on February 19th. A comedian, Mr. Yagyu Genjuro, who is a big fan of American comics, and other members of his unit "Shavengers"appeared in the program, and experienced Ninja training. Their program has been on YouTube, and they are talking about the Batman show.

One of producers of the show, Mr. Kato Keiichi from Odawara, said, "I'm so glad to shoot this program in Odawara. It is exciting to hold the Batman show".

For getting more information about "NINJA BATMAN THE SHOW", you can visit their website.https://batman-ninja.jp/ 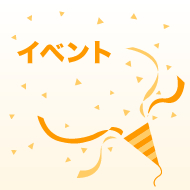